Maria Pazi from Russia has been named European Science Journalist of the Year – 2020. The runners up are Mico Tatalovic (UK/Croatia) and Stan van Pelt (Netherlands).

The announcement was made in Trieste during the closing ceremony of the European Conference of Science Journalism, ECSJ2020. 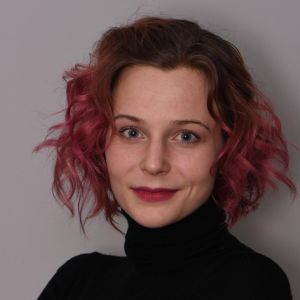 The award was first launched in 2014 by the Association of British Science Writers (ABSW) with support from Johnson&Johnson. Initially called “European Science Writer of the Year”, it was later extended to all forms of journalism and renamed ‘journalist’ to emphasize that, and the newly established European Federation for Science Journalism stepped in as a co-organiser.

The jury of experienced journalists evaluated the texts published during the year 2019 that were submitted either by national science journalism associations or by self-nomination.

Maria Pazi has a background in biology (bachelor and master from Saint Petersburg State University). She started her science writing as an editor of a student newspaper of the department of biology in 2015. Since 2017 she has written science news for Russian Reporter, a prominent general interest magazine, and has freelanced for various media outlets. Maria has won several national awards, including the national contest “Debut in science journalism”, organized by the “Science of the future – Science of the young” (shortlisted, 2018), the national contest of innovative journalism Tech in Media, nomination “Best publication in Federal print media, AI” (winner, 2019), national contest Rusnano Russian Sci&Tech Writer of the Year (shortlisted, 2019; winner, 2020). She was nominated to the European award by the Russian Association for Science Communication (AKSON) as a winner of the national contest.

Stan van Pelt has only been a science journalist for a couple of years, after first working as a researcher in neuroscience. Even though his career is still short, his work is highly acclaimed. He is an editor at the University magazine Vox and freelances for a large number of newspapers and magazines, including the main Dutch newspaper De Volkskrant. He also gives professional training in science writing to scientists. Last year his article on the make-it-or-break-it importance of large grants for the career of researchers, originally written for university magazine Vox, was a big hit on Dutch social media. This article was recently awarded the VWN Publication Award 2019 for the best Dutch science journalism production of the year and consequently was nominated by the Dutch association for science writers (VWN). 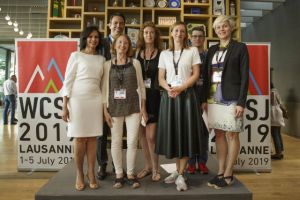 ABSW and EFSJ are currently looking for partners/sponsors for future editions of the award.

The European Federation for Science Journalism, EFSJ, is a non-profit organisation that aims to promote independent, high-quality science journalism across Europe. ABSW is a UK-based membership association for media professionals who cover science, medicine, environment, mathematics, engineering, and technology